8 Ways to Win Fall In and Around the GTA 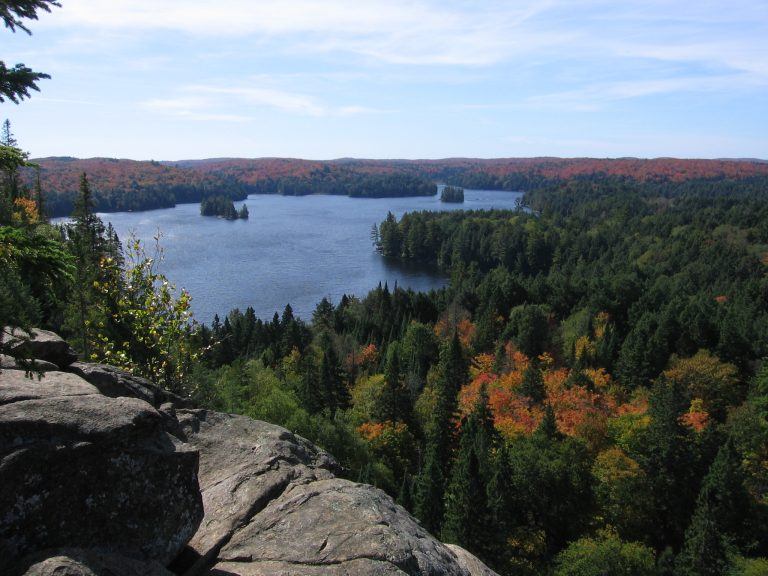 Autumn in Ontario is an epic time of year. There are so many things to do in fall in the GTA. And there’s just something about September air that makes you want to start a new fitness regime, repaint your deck, or get outside and seize the day. Not to mention, the falling leaves means winter is around the corner, so what better way to enjoy the final few weeks of good weather before hibernating than by getting out and playing in them like a child. We all want that.

Grab the family, load ’em up in your Honda and win autumn with these eight awesome day-trip ideas in the GTA and beyond.

North of Toronto in Mount Albert is family-owned Brooks Farms, a rural haven that caters to families with kids of all ages. Stop in every weekend until November 5th for its annual Fall Fun Festival, which boasts a corn maze, duck races, and train rides for the littles and a farmer’s market for the grown-ups. (Okay, the duck races are for you, too.)

The red, yellow and orange foliage in 1000 Islands is epically beautiful–consider a boat tour that weaves throughout the islands for a different perspective–but the region has a festival every weekend in the autumn months like Oktoberfest, Harvest Festival, and Punkin Chunkin (where catapults fire pumpkins into the St Lawrence River and spectators cheer on the madness).

Skip the madness of Clifton Hill in Niagara Falls and opt for a more refined getaway in Niagara-on-the-Lake (NOTL, as the locals says) instead. The streets come to life in the autumn with evening ghost tours downtown and at Fort Henry. Spooky, seasonal, and close to home.

If you want to stretch your car’s legs, the four-ish hour drive to Tobermory is one worth making. The drive is scenic and picturesque albeit long, so plan to spend the weekend and bring your camping gear. Spots to pitch a tent are aplenty on Flowerpot Island and at Bruce Peninsula National Park.

Maybe you already took the fam to Algonquin during the summer break. A second trip in September or October will make you truly appreciate our province’s epic natural beauty. The Provincial Park hosts guides walking tours of the fall colours starting September 22.

If you don’t want to stray far from home, Whittamore’s Farm in Markham will make all your fall dreams come true without clocking much mileage. The property is known for its seasonal corn maze and pumpkin patch, but its s also home to a two-storey tree fort and bouncy castle.

The Elora Gorge is a summertime fav for tubing down a section of the Grand River, but each autumn, the hiking trails come alive as the leaves transform from green to yellow, red, and orange. Camp for a night or two, or come in for the day and explore the trails until October 15th.