7 of the Best Honda TV commercials 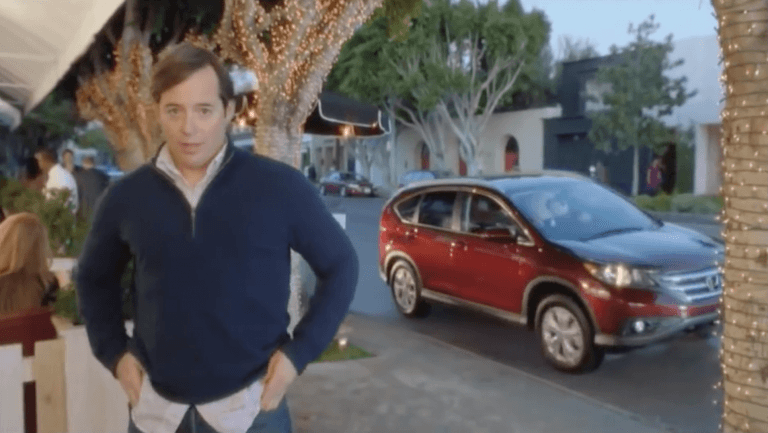 They’re better than most TV shows.

Generally folk’s eyes glaze over the second their TV program ends and commercials start flowing. But some brands are masters at making witty and compelling advertising that pulls on all the right heartstrings at all the right moments–laughter, tears, wonder, you name it.

Honda is one of those brands that seems to consistently nail it. Generally, the automotive giant releases a shiny new commercial during the Super Bowl, and while it wasn’t a part of this year’s Super Bowl LII–the past three years Honda has used airtime during the mega sporting event to tout its latest models–its past works of marketing art are worthy of a celebration.

Scroll on to discover seven of the best Honda TV commercials to air, ever.

1978
If you own a Honda Civic, you can be choosey, or so was the messaging in 1978. In the ad for its hatchback Civic at the time, a woman is seen pulling into a gas station, and when the attendant asks which fuel she’d prefer–regular or unleaded, since the Civic at the time could handle either–all the sass comes out. “Don’t rush me, young man,” she says waving her finger. Sir, you’ve been told.

1988
In the late ’80s, Honda was invested in getting the world to covet the all-new 1989 Civic. The TV ad, which also ran in print, opens with an older orange two-door Civic on screen, but then in rolls a fresh four-door ’89 model in front of the former one. “That was then, this is now,” the authoritative voice-over says. “More doors, more comfort and more advanced engineering.”

1996
You’ve got to imagine that in 1996 this kind of cinematography for a TV commercial was impressive. Section by section, the vehicle is revealed, as the doors and hood are popped out, windows unbroken and the entire body rebuilt.

2003
Remember the board game Mousetrap? Players would roll a marble, which would then set a series of consecutive events in motion–like a plastic bell-shaped cage sliding down a pole like a firefighter. The 2003 ad for the Honda Accord was kind of like that, only infinitely cooler with infinitely more car parts involved. Imagine they got this on the first take?

2012
Matthew Broderick got to relive his Ferris Bueller days in Honda’s 2012 CR-V ad. In it, Broderick goes through the same motions as he did on screen as Bueller, only now that he’s all grown-up, he calls in sick to his agent (rather than principal) and he drives around his red CR-V to various spots, like the Natural History Museum, a Chinese parade celebration and an amusement, enjoying his fake sick in style.

2016
The only thing better than a commercial with talking animals is one with singing animals, which is probably why Honda’s ad for the Ridgeline at the 2016 Super Bowl was such a hit. A herd of hungry sheep singing Queen in a grassy meadow? Somebody must’ve gotten a raise for this gold nugget idea.

2017
The yearbook ad that Honda ran during the 2017 Super Bowl received praise for its star-studded cast, including Jimmy Kimmel, Viola Davis, Missy Elliott and Steve Carell. But the playful yet poignant message was even more powerful. “Believe in yourself. You think that any of these folks believed that I would make it?” Carrel’s high school yearbook photo asks. “Here’s to chasing dreams, and the amazing places they lead,” the voiceover concludes as a sleek shot of the CR-V transforms from a past model into the current day one.